We can’t talk about spring florals without quoting the legendary Meryl Streep as Miranda Priestly in The Devil Wears Prada: “Florals? For Spring? Groundbreaking.”

Yes, Meryl, we agree: Florals for spring isn’t anything new. But, they are a fashion staple and we can’t get enough of them!

This season, we see gardens growing and blooming at the stores with a mixture of happy colors and painterly like feeling. We just can’t resist these juicy, fragrant colors and invite vivid floral designs to take over our closet and freshen up our look…

Floral prints on the runways ss2015 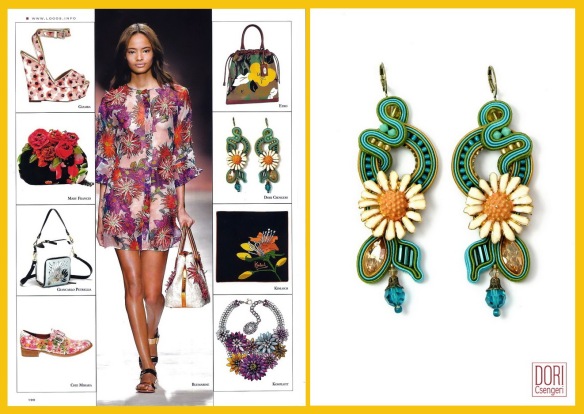 We wish you all a bright and happy spring! 🙂
Dori & her team

In the mid 1960s, thanks to a convergence of music, film, fashion and social change, the mod style blasted out of London, with the boutiques of Kings Road and Carnaby Street at the center of the scene. The monochrome geometric prints of Op Art perfectly complemented the bold shapes of the mod look, which was about looking forward to the future: sharp, bold, minimalist – mod-ernist.

models backstage in William Klein movie “Who Are You, Polly Magoo?

By the late 60s the mod scene was in sharp decline.  However, starting in the 70s each decade experienced a wave of mod revival.  In the 90s bands such as Oasis and Blur were influenced by the mod culture; both in music and fashion. In 2010 The Like adopted the mod joyful style and unconventional stance.

This spring, Dori, Marc Jacobs, Moschino and other designers channeled the ’60s mod vibe and flavor in their new collections. 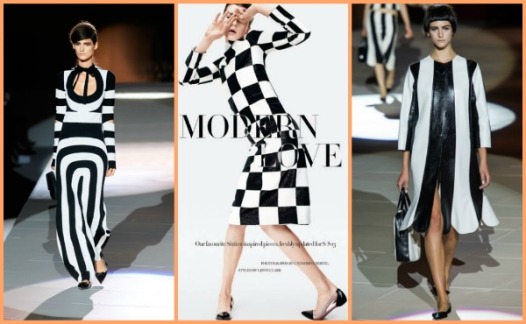 Are you a fan of the new mod FabFlash? Share your “mod likes” with us and register on our site to see more of Dori’s Black & White jewelry pieces. 🙂